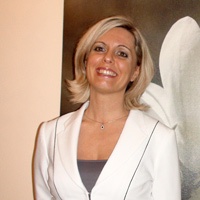 Antónia Nemes PCC (Professional Certified Coach), awarded the „Coach of the Year” in 2014 by the Hungarian section of the International Coach Federation. She has more than 1000 hours of coaching experience mostly with managers, ranging from middle management to CEO level and individuals from all walks of life. She holds a degree in Humanities, in addition she studied transactional analysis, integral psychology, relationship dynamics, autogenic training and several coaching methodologies. Since 2006 she has regularly published articles, delivered lectures and held workshops in Hungary as well as abroad.

Chapters of the book on Integral Coaching

Coaching, the method born and permanently in the process of emergence in the post-postmodern era, reflecting its features and set of values, is a human relationship and a systematic process, itself the „product” and efficient catalyst of evolution. In what way? By supporting the development of the consciousness of the client, the awareness of their self-esteem, targetedness, self-confidence, differentiating between and activating in an integrated manner their inherent abilities, fulfilment of their (self)-empathy, and recognition of the options, choices available for them. Coaching helps the person living predominantly in the universe of the rational mind make progress and move on from the mostly left-hemisphere-dominated functioning, integrate its benefits and go beyond them. It simultaneously reflects the importance of fulfilment in the present and fosters a future-oriented approach.

A realistic direction of refining the professional approach to coaching, in the frontline of evolution - and responding to the challenges of the post-modern era -, could be the integral approach to the individual and their changes. This provides coaches with tools applicable in mapping the pre-change state and situation, exploring the directions of change, setting targets and enhancing their attainment. The purpose of this all being to recognise and help in the most natural way and harmony, together with the coachee, the reality of their context (community, culture, the „WE”), functional fit (objective truth, „THE”), and self-expressing-credible world („ME”) to be born. That is, help the Good, the True and the Beautiful emerge.

… my book is the outcome of a slow – three-year-long – process of maturing and taking shape. From the moment I recognized „it wants to be born” through a great deal of meditation, dilemmas, question marks, immersion in painful, inspiring and joyful interactions it came out as a delightful energy mass transformed into a mission. For me this is equivalent with experiencing the birth of a living creature, who is in permanent change, evolution, even after it took the form of a book. And it works if it goes beyond this form…This energy mass includes all of those I have encountered during this process, to whom I have talked about it, who have read it, related to it and through this who related to me, and all of those who will relate to it in the future.

On the Integral Approach

The background of integral coaching is the system of knowledge and model of integral psychology, which serves as an organisational structure, and besides, the „integral feeling”, the „integral heart”, which substantiates, deepens and facilitates change in the awareness raising space of genuine encounter, relationship. In this chapter I briefly discuss the use of integral models in coaching with an integral approach, the integrated target-focus, the integrative use of methodology and models in coaching, and finally the integrating effect of coaching.

In this chapter I talk about the professional obligation and responsibility of coaches to draw the line between coaching and therapy. At the same time it is important to identify and make the client aware of the point (possibly in every quadrant) beyond which their issues require therapy, and offer them various options as the potential way forward.  The integral knowledge provides extremely accurate guidelines as to where the demarcation line is to be drawn.

Máté is a manager at a multinational company, and at the first coaching sitting he says: if everybody respected the Ten Commandments and lived their lives accordingly, the world could be a good place. He lives and works in line with this idea. Ádám is a stern atheist. He only believes in what he sees: figures, scientific evidence and business efficiency. Dorka feels that she has a role to create harmony from the background, according to the actual needs of the „”group creature”. Adrian has his own company, and sometimes he „switches” to a mode, a state, in which he feels „to be one with all, everybody and the things around him”. In these moments he himself nearly ceases to exist, and yet, he is the infinite source of opportunities and resources…

Do they have anything in common? What is „spiritual” in these? How can spirituality appear in coaching? How can the transpersonal approach become part of the process of change?

Change from an Integral Perspective

In this chapter I discuss the horizontal (translation) and vertical (transformation) features of change in coaching, along the balanced, four quadrant approach and transformation. I present extracts from coaching cases, which demonstrate the two directions of change. Taking into account the client’s status of consciousness evolution, features of the directions of change, we can help them arrive at their destination.

In this chapter I present the Essence Coaching Model (ECM), which has taken years to crystallize in me in its present form. It is compatible with most coaching methods and fits the AQAL.

Resistance in the Course of Change: self-defence mechanisms in integral coaching

The ego, due to its nature as a construct, is rather fragile, it feels threatened, defends itself, resists external and in certain cases its internal content, as well. By the same token, it feels threatened by external/internal circumstances inviting it to change. Resistance coming to surface in the course of coaching work is to be welcomed, since it provides orientation as for life energy stuck in and preventing evolution from unfolding, and this might also be one of the resources that-  if exploited properly – can contribute to achieving the objective. At the same time this is a work with the shadow. For a coach it is desirable to have an in-depth knowledge of these self-defence mechanisms, which have typical patterns corresponding to various levels of consciousness, and help the coach in raising adequate questions.

Individual in the Group and in the Organisation

Gender-based Approach to Types of Consciouness

Types, which are typical „voices” expressed at levels of consciousness and lines of development, are a component of the integral map. Of the typologies in integral coaching female and male types have come to the fore in my work, individual and with groups, with female and male leaders, colleagues and women raising young children. In this chapter I present the female and the male type along integral coaching, and beyond this, I link to the issue the concepts of male and female dynamics, principles as I see and live them in my capacity as a coach and in the interpersonal – coaching – situations.

Levels of Consciousness and Integral Coaching

In this chapter I present cases of coaching with an integral approach affecting W3, W4, W5, W6 levels of consciouness. I show questions in the quadrants that fit the set of values, language, communication style of the given level of consciouness, which correspond to the level of consciousness of the client, the targets set by them and the nature of change.

In this chapter I present coaching sittings and their selected parts through the accurate transcript of dialogues between the coach and the client and their work. The trascripts are accompanied by my observations driven by the integral approach, which can furnish further support to promote understanding, learning and enhance the establishing of a link between the theory and practice of integral coaching.

ICF Competences from an Integral Perspective

Based on the paper I delivered at the first European Integral Conference I make an analysis of the issue whether and  how the flavour of the Hungarian character, qualities serve as a meta framework, to what extent they permeate and colour the appearance of the W5 level of consciousness in Hungarian culture. And if so, how that orientates coaching itself… 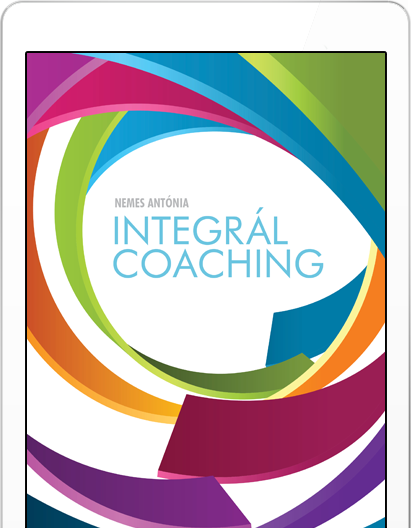 I recommend this book